It all starts with fear.

I’ll admit it–I have many fears. High places make my knees weak. Closed spaces make it hard for me to breathe. The thought of standing on a stage before an audience makes my stomach do somersaults. Add to that list a whole host of “what if” fears, and now I know why I have trouble sleeping some nights. Fear can consume us.

And no one escapes being afraid.

We may attempt to seem fearless, but our hearts know better.

Why are we so afraid?

I believe that it’s because we know we cannot save ourselves.

When faced with the most challenging things, we cannot save ourselves. Not one of us can bear the shame and pain of sexual abuse on our own power. No one can survive the destruction of addiction on their own. Not a single person can shoulder the grief after choosing abortion. No one can bear the death of a marriage alone. Instead, fear grips us. “What if my secret is uncovered,” we wonder. “Will I be judged,” we worry. “I can never be forgiven,” we lament. Not one of us has the strength to survive these fears.

Only when we accept that truth can we find courage.

Before we consider where to find courage, what does courage mean? What does courage look like? The Merriam-Webster definition is “mental or moral strength to venture, persevere, and withstand danger, fear, or difficulty.”

Courage is the ability to do something that frightens us.

Courage is strength in the face of pain and grief.

Courage is doing the most difficult things even when filled with fear.

By that definition, it appears some of God’s most revered faith warriors suffered from fear but found the courage to persevere.

Queen Esther knew that if the king found her unscheduled entrance an annoyance, he might kill her (Esther 4:11). She must have been afraid. Esther knew she could not save herself, so she sent Mordicai to gather all the people to fast and pray. Then, she could step out in courage. “If I must die, I must die.” (Esther 4:16)

Goliath taunted the Israelite army, and every soldier quivered with fear. Not David. “You come to me with sword, spear, and javelin, but I come to you in the name of the Lord of Heaven’s Armies—the God of the armies of Israel, whom you have defied.” (1 Samuel 17:45) He picked up five stones and delivered a death blow to the enemy.

The mother of Jesus was terrified by the sight of an angel and more frightened by the news of the impending birth. She was betrothed to Joseph. This news would be hard to explain, and Mary knew she might be stoned or at the very least expelled from her home and family. I am sure she thought no one would believe her story, and she must have been scared. Yet, she trusted God. “I am the Lord’s servant,” said Mary; “may it happen to me as you have said.” (Luke 1:38)

The common thread in these people’s hearts is that they knew their fear was not as strong as God.

Fear cannot survive in the presence of God.

As I listed before, I have many fears, and I am sure you can name a few yourself. But let me share the fear that gripped me most of my life. I was afraid that someone would uncover the truth that I am filled with shame.

I’ve lived with shame all my life–until recently.

I lived with a secret that left me covered in shame, and I feared that someone would reveal my secret. If people did uncover the truth, I would be naked before the world, and everyone would judge me and call me worthless and unlovable. That’s what I believed.

After forty years, I could not live another day under the heavy weight of secrets and shame, so I told my secret. I was indescribably, overwhelmingly, positively frozen with fear to say the words. But when I did, I experienced courage.

And courage is not what I imagined. Courage did not feel like being brave or having superhero strength. Instead, it was weakness and being frightened and still doing what I imagined would kill me. It’s thinking, “If I must die, I must die.” Courage is picking up stones in the face of giant-sized fear. Courage is believing, “may it happen to me as you-God–have said.”

What is your indescribable, overwhelming fear?

No matter the name of that fear, take heart. Courage is near.

If you are facing difficult circumstances and trials are ahead, you, too, can be courageous. You are stronger than you think. Courage is within you.

Courage starts with fear. To have courage, you must first have fear. Admitting that we are afraid is a step toward experiencing what we need to overcome the fear and ultimately act.

Accept that you don’t have what it takes. It’s true. With her own strength, Esther did not have the power to face the king. No matter how many bears or lions David faced while tending his flock, facing Goliath was beyond his ability. They did not place their hope in themselves. Their courage came from hope in God Almighty.  I am counting on the Lord; yes, I am counting on him. I have put my hope in his word.~~Psalm 130:5 (NLT)

Trust in His faithfulness. We are never alone. God is always fighting for us. God is a Mighty Warrior who will defend those He loves. All you have to do is be still. For the Lord, your God is living among you. He is a mighty savior. He will take delight in you with gladness. With his love, he will calm all your fears. He will rejoice over you with joyful songs.~~Zephaniah 3:17 (NLT)

Fear is always. That may seem like bad news, but it’s not. Here, between now and heaven’s home, we will face fear of some degree every day. If not in real circumstances, we will create a million “what ifs” that make us tremble. When that happens, you are at the starting point again to accept, surrender and trust.

Courage is within all of us. If you don’t feel courageous, remember–you are stronger than you think you are.

Related posts: 5 Ways to Think About the Best Things, What To Do When Doubt Happens

Thanks to Biblegateway.com for scripture references. 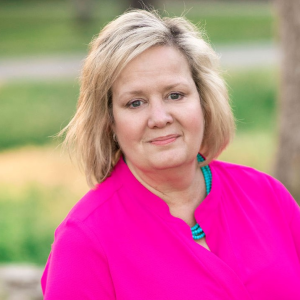